You are currently browsing the monthly archive for February 2008. 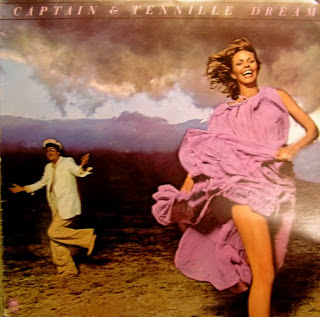 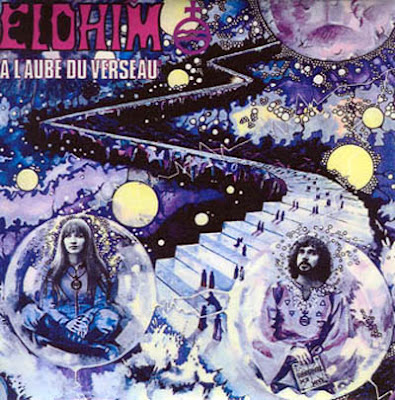 February 22, 2008 in Uncategorized by guillermo | No comments 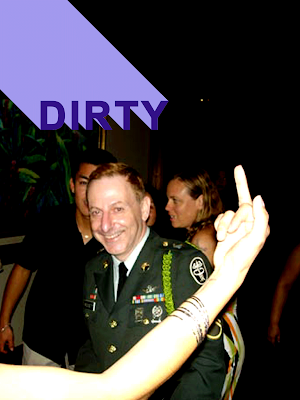 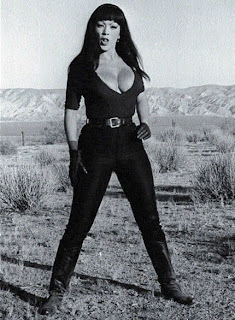 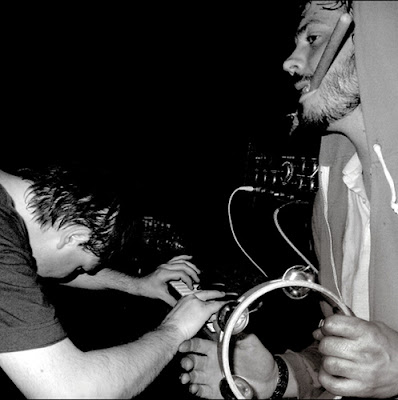 1- who do you think you are ?
Etienne : i didn’t even know myself ! my parents called me ETIENNE and the name of my familly is JAUMET…
Neman : a zombie

5- have you driven anyone insane?
E : Hard to tell..
N : Sound engineers and my girlfriends many times

6- have you ever made a practice of confusing people?
E : So many times…
N : Nope, i « never forget a face at the table » Tom Waits

7- what should everyone shut up about?
E : They sould shut up after they ‘ve done something bad…
N : They should just shut up right ?

8- what advice should you have taken, but did not?
E : Put an ear protection at my cousin hardcore gig…
N : Not answering your questions

9- what do you fear most?
E : Death of my familly and my friends…
N : Customs, they always search me, i probably look scared

11- what is your earliest memory?
E : May be when my sister was born…
N : Waking up this morning

13- what is your most recent extravagance?
E : Drinking coffee when i eat fries…
N : I just bought a barbour coat

15- what is your worst addiction?
E : Watching young and restless on tv…
N : Robert Palmer « I’m addicted to love »

16- what were you doing at midnight last night?
E : I was on the subway…
N : Recording the new herman dune album

18- what do you regard as the lowest depth of misery?
E : Don’t find an answer at this question…
N : The movie « the 5th element »

19- who are your favorite heroes of fiction?
E : The heroes in comics
N : Kurt Russel in John Carpenter’s The Thing

20- who are your favorite heroines in real life?
E : Scientifics womens
N : Crystal from the band the Babyskins, cuz she’s the best dancer ever !

22- what did your last text message say that you received?
E : You have recieve a message
N : « Pffff…i’m depressed, i’m listening to jazz »

23- If you try to fail, and succeed, which have you done?
E : I don’t understand the question…
N : music

24- what are your weaknesses ?
E : iv’ got so much weakness…. Just one : i always answer when someone call me…
N : sex and alcohol

25- Who is your art for ?
E : renagades…
N : me and my close friends, art is very selfish, it gives lots of satisfaction that other people don’t have.

26- what was your proudest moment ?
E : i don’t remember…
N : to give my record to Dario Argento

27- what was your last lie ?
E : the answer of the question 26
N : answering your questions

28- what is your biggest challenge ?
E : got an international career
N : i can’t tell you, it’s a secret

31- what is your most treasured possession ?
E : my records…
N : sculptures of my grandfather

32- what do your parent think of what you are doing ?
E : they think right…
N : they’re very proud

February 21, 2008 in Uncategorized by guillermo | No comments 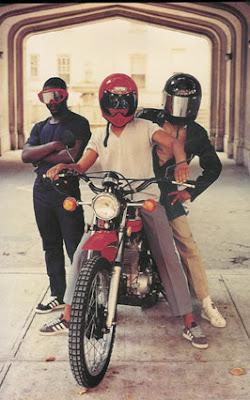 And now, one GOMMA moment. Why ? 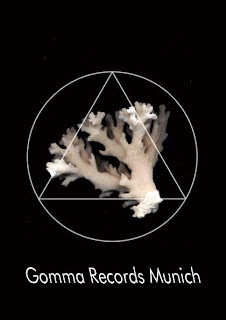 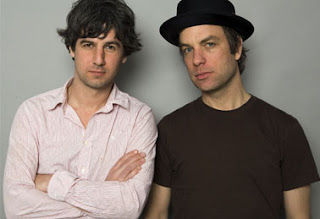 The WHY interview by Marco Dos Santos. Thanks to Mathias & Jonas from the Label.

Because we needed to start an own label! We are are never satisfied with that what most other labels release and wanted to realize the things exactly how WE want. Musically, artistically, graphics wise and general politics! we have very tight ideas how modern dance music should soun and wanted to realize that. And as we have so many friends with stong musical ideas (WhoMadeWho, Headman, Rodion, Golden Bug etc) we decidet we have to start this own label.

Because MATHIAS MODICA the one half of GOMMA chief office wants to realize his version of pop disco rock ideas. The first album APERITIVO was released in 2004 including songs we did with Bobby Conn, DJ Chloe and James Murphy of DFA (who co wrote and sung the song “Kick out the chairs”)
MUNK now is a live band consisting of four persons.The new Album will be released in may 2008!

Because JONAS IMBERY – other half of the two label bosses has a very own mind too and wants to reallize his very own version of modern dance music. So he started this new own project wich will release a few 12inches in 2008.

Because the three guys from Kopenhagen are the most talented songwriters and live band we have seen since PARLIAMENT , THE CONTORTIONS, CHIC and THE POLICE.

Because Italian musicians are the best if it comes to melodies, harmonys and musical ideas. Since VERDI , PUCCINI, BERIO and MORRICONE this is a law! And if such an Italian starts to get into dance music, certain drugs and evolve some serious electronic production skills the result will be nothing else then PURE GENIUS! And Ed Cianfanelli aka RODION is a PURE GENIUS!

Beause Munich has the easyness of Italy. The style of France. The seriousness of Germany. And the popspirit of America.
And: Munich is tradionally Germanys most innovative musical city:

– Classically:
In the 18th and 19th Century Mozart and Wagner worked here. In the 20the century the classical super composer Karl Orff was based in Munich (and wrote the most known piece of modern classical music here: The CARMINA BURANA). Later Hans Werner Henze started his composer carrier here.

- Popmusic:
Anybody heard of Giorgio Moroder? Harold Faltermeyer? Donna Summer? Kurt Haunke? The guys invadet the US Charts from their Munich Studio. Later they ruled Hollywood: They did the music for Flashdance, American Gigolo, Beverly Hills Cop etc etc….

And in the 90ies: DJ Hell and Gigolo, Chicks on Speed, Funkstörung, The Notwist, Lali Puna…
It must be the Munich air! (Even Freddy Mercury got inspired and lived in Munich in the late 70ies. Recording ANOTHER ONE BITES THE DUST here and partying with people the Stones – who also recorded a few albums here…

Actually we did a few techno things. But I think the “real” techno guys would never ever accept the term techno for that…hehe…and we are proud or not being part of any ONE DIMENSIONAL, PERMANENTLY REPEATING, BORING electronic movement….no techno..no minimal…no IDM…no nothing that never develops and never is brave….we hate repeating any musical formulas…we wanna discover new things! That’s why we are NOT TECHNO!

Shes such a nice girl. With such a hugh cultural knowledge. Shes very inspirational and we had a lot of fun with her. So we decided to make these 3 songs with her wich will be on the new MUNK album. Check the first single LIFE FAST DIE OLD. Comes out in may. With remixes by JUAN MAC LEAN, BUSY P, Maral Salmassi and others.

Because he is the real Don of WHITE BOY FUNK! And his RITE OF SPIRNG is the greatest piece of music written in the 20th century.

Oh: when he called us up back in 2002 we didnt even know who that guy was. He just started DFA records and we thoughts it may be something to do with OIL or face liftings…. But then he came over to Munich djing and we realized that this guy not only knew more about Munich disco and Gomma then ourselves, but also could teach us a lot of stuff! We endet up in the studio. Doing this song KICK OUT THE CHAIRS wich was released on our first album.

Because Tim is the unbeaten king of dance music knowledge. An amazing DJ. An supernice guy.
When we met him he was djing with us at New Yorks APT club back in 2002. Back then he was an Amazing Hip Hop Turntablist and we engaged him to do some scratchings on the album we produced with THE RAMMELLZEE in 2002. By then we didn’t know that he had any Disco or techno skills….

that was a drunken nick name we used for an album we produced back in 2002.

because it makes u drunk…

because they make u munk…

Because its much better then London, New York and Tokio. Apart of Rome that’s our favorite capital in this world. Definitely! (and we have so nice friends there…)

because u asked for it 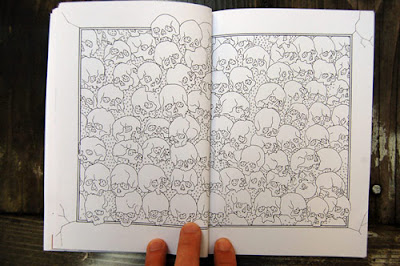 February 20, 2008 in Uncategorized by not defined | No comments 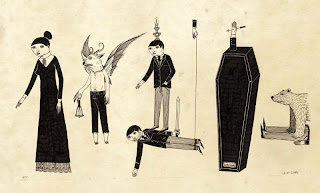