October 9, 2008 in Uncategorized by marcodos | No comments 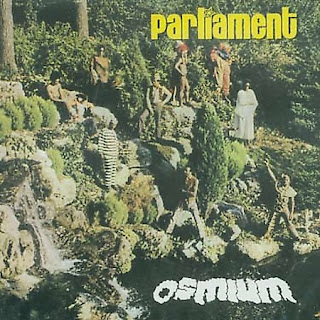 Osmium, 1st album from Parliament, released in 1970. Actually, it was not the 1st album from George Clinton’s band. The very first recording was made in 1967 under the name The Parliaments (“I Wanna Testify” album) . Some contractual dispute follows and the band must change the name, Funkadelic is born. 2 albums later, George Clinton decide to create with the same crew, Parliament. Then, the band surf between Funkadelic & Parliament creating confusion and rumors… The perfect accidental concept to built mystery and legend.

This 1st album was released on Invictus Records. Then, all the others albums were on Casablanca Records.
Amazing and ambitious project, between rock and soul, this album is pretty rare and forgotten.