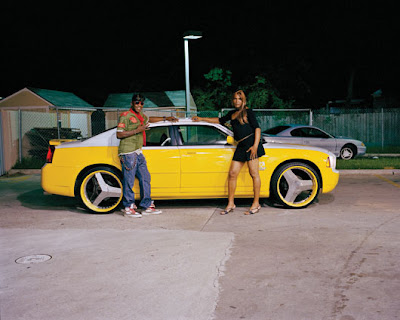 Sissy Bounce, that’s how it’s called, rose up in New Orleans, in the late ’90s, when transvestite MC and bounce music local figure Katey Red started rapping about homosexual relationships in the the (not so) Big Easy black ghettos. The fact had to be put right in the face of the average homophobic rap scene and thus a strong and explicit language about the gay comunity, male prostitution and physical violence, which gives the particuliarly repetitive and agressive party rhythms an unusual social perspective that hip hop seems to have definitley lost of sight in the last decades. Main activist actors you can hear on the podcast linked below are Katey Red, Big Freedia, Sissy Nobby, the mix is being put together by DreSkull for XLR8R. Musically it’s a bit like if Spankrock ended up rocking an homosexual mob session, hammering booty beats and xxx rated lyrics…But music here seems here way less important than the attitude itself.
Now, skate, roll….and bounce !

More about it here and here