November 5, 2011 in Uncategorized by pornochio | 5 comments 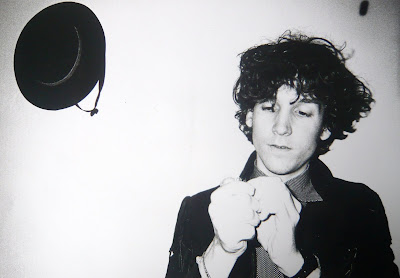 On November 5 1997, Epic Soundtracks (Kevin Godfrey on his real name) was found dead without any kind of explication inside his appartement in London West Hampstead.
Early 70’s,he was this punky adolescent behind the drums inside The Swell Maps, with his brother Nikki Sudden, and future TVP’s Jowe Head – the Swell Maps understanded anarchie as a chaotic mix between Can & T. Rex… Hmmm Best punk band ever.
Then, Kevin was working for the Rough Trade Shop while drumming for Pere Ubu, Red Crayola, Roland S. Howard,or the Jacobites. He made a kraut ep with Jowe Head you better search, one instrumental single for Rough Trade with Robert Wyatt in 1981. He only released his first album on his own in 1992 with the compagnie of Sonic Youth and Dinosaur Jr, a deep elegant and fragile pop music strongly inspired by Brian Wilson and Alex Chilton.
In september 1992, the promo of this Rise Above album brings him to the Radio France studio for an interview with Bernard Lenoir and Arnaud Viviant. Epic was so shy that the interview has been soon transforming in a piano solo acoustic set.
I’m so a fan of his all work ( a total of 5 lp, all emotives) that it was non possible for me extracting one song among my long as an harm list of fave. So, i decide to post, in memory of his art, this radio archive never ever been published since, even in the several post mortem anthologies released this last forteen years (a new one is to come soon).
Are you ready to be heartbroken? Are you ready for these marvelous 32 minutes of pure melancholia?